I am developing six chapters from my dissertation into a monograph titled Inventing Media. It intervenes in debates about media and culture by challenging established accounts that narrowly link media to human life, whether as human prostheses or as nonhuman infrastructures that eclipse human experience altogether. The book seeks to establish a space between these two extremes by conceptualizing the generic nature of technology as a creative process that includes conscious experience and cultural meaning as part of its intervention into the world. To this end, I examine a host of techno-aesthetic practices that showcase technical devices, recording media, human activity, and cultural significance all operating as technological processes.

For example, the effects pedals connected between an electric guitar and amplifier function technologically because they intervene in the circuits linking electric signals and the musician’s bodily practice in order to modify the sonic phenomena and cultural tastes shaped by those supporting media. Far from being an external object that preconditions, records, or extends consciousness and culture—as most contemporary accounts of media would have it—technology invents new relations between all manner of media and the phenomena they support. Inventing Media will offer humanities scholars a way to read human-technology relations by emphasizing their technologically invented common grounds over and above the terms human, posthuman, prosthesis, and nonhuman. It replaces the opposition between consciousness and technical object with a positive theory of invention, the point of which is not only to “understand media” (as McLuhan put it) but, more fundamentally, to think through the expansive scope of technology’s capacity to synthesize infrastructure, culture, and subjectivity into novel configurations. 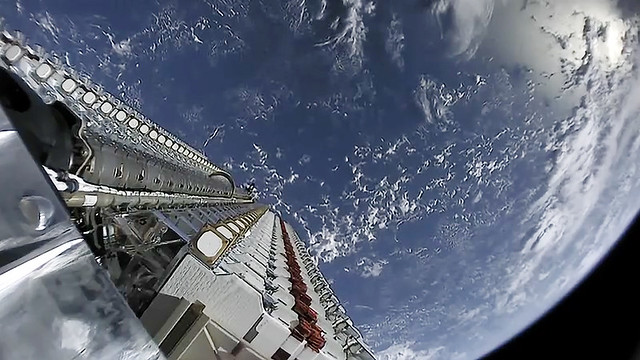 My next research project considers the intersection of technology and Marxism in literary representations of capitalism beyond Earth. Titled Galactic Capital: Theorizing the Political Economy of Post-Earth Science Fiction, this project will explore how science fiction anticipates and responds to the rise of private companies pursuing asteroid mining, space tourism, and multiplanetary civilization. Proponents of privatized space exploration advocate it as a salvation to Earthly limits on the growth of both the human species and monetary profit. Experiments in symbolic representation and narrative form by science fiction—especially literature but also techno-capitalist futurism and corporate PR—place the post-Earth future of present-day capital in a continuum with postcolonial futurisms as well as with anxieties about environmental destruction, economic crisis, and the nation-state’s collapse. Novels like Kim Stanley Robinson’s Mars Trilogy (1992-96), Rosaura Sanchez and Beatrice Pita’s Lunar Braceros: 2125-2148 (2009), and Mary Robinette Kowal’s The Calculating Stars (2018) as well as games like Offworld Trading Company (2016) and Terraforming Mars (2016/2018) render concrete the promises of space exploration by staging creative reflections on such intersecting dynamics as human survival, racist and sexist power relations, technological invention, and imperial expansion. A literary and cultural criticism that combines media theory with the Marxist critique of political economy elucidates the fundamentally technological interventions that enable both this expansion and, by the very same operationality, invent anti-exploitative social movements that resist it. More specifically, works such as Bruce Sterling’s Schismatrix (1985), Octavia Butler’s Lilith’s Brood (1987-89), and the recent reboot of DOOM (2016) update the cyborg astronaut of Clynes and Kline’s scientific paper (1960) by showing that capitalism relies on the continued invention and exploitation not only of new markets and industries but also of entirely new species of laborers and consumers. Such literary fictions represent the extremes to which technoscience might take capital’s indifference toward the people and environments that bear it. Post-Earth science fiction, I will argue, interrogates the formal categories of capitalist economics by imagining not utopian but properly capitalist solutions to the global limits on capitalist expansion. Galactic Capital’s literary study therefore registers a speculative dynamic fundamental to capitalism, and which drives it toward a future when the human and Earth would cease to be absolute grounds for accumulation.